Home > Culture & History > The Story of the First King Of Tibet

Ancient Tibet was ruled by a lineage of 42 kings – beginning in 127 BCE and ending in 838 CE. In total, their ruling lasted for 1000 years, during which time the military power and influence of Tibet were similar to that of Mongolia and China.

The first king of Tibet was called Nyatri Tsenpo གཉའ་ཁྲི་བཙན་པོ་ (meaning Neck-Enthroned King) – his reign began in 127 BCE (Timeline) after being chosen by the people of Tibet as their ruler.

There are two versions of the story of the first king of Tibet.

The first story suggests that the first king of Tibet was a descendent from an Indian dynasty who descended from heaven and was met by his people atop the Sacred Mountain Yalashangbo. Nyatri Tsenpo has peculiarities in the sense that his hands were webbed and his eyelids closed from the bottom to the top. The Tibetan people that met him upon that mountain regarded these particularities as a sign that they had met a God. Upon realizing their good fortune at meeting this heaven-sent sovereign, they carried him away on oxen yokes placed on their shoulders to be their first king, hence his name King Nyatri, the “yoke-throned” king.

At this time, It was thought that rulers were brought down to earth via a cord, and when their time came to leave, they were ascended back to heaven by the same means. And so it was thought that this is how Nyatri Tsempo had arrived on earth.

The second story tells of a different start to the reign of Nyatri Tsenpo. In this version, it is said that Nyatri Tsenpo was the only son born to a king in eastern India, who, upon seeing his peculiarities, decided to have him killed. As nobody was brave enough to kill the baby, they sealed him inside a brass jar and threw him into the river Ganges.

Later, a farmer found the jar containing the baby and went on to raise him in the forest. When the boy came of age, the farmer told him of his past and how he had discovered him in the river. Upon hearing the news, the prince ran away until finally reaching Tibet. The people that met him asked where he came from and, not being able to speak their language or make himself understood, he pointed to the sky. It was understood that he was a God who had come from the sky – and as such, they appointed him their ruler.

The year of Nyatri Tsenpo’s arrival on the throne marks the first year of the Tibetan calendar. Therefore, the Tibetan New Year, Losar, is also celebrated in his honor.

Losar is celebrated for 15 days, with the three first days being the most important. In preparation for the celebrations, many people will clean their homes and decorate with flowers and wall paintings. During the celebrations, branches of juniper, cedar, and rhododendron are burnt as incense. It is also a custom, during this time, to settle debts and quarrels. 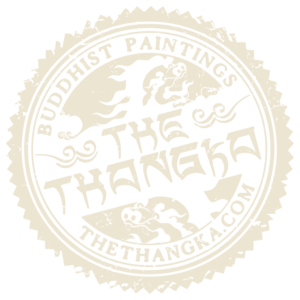